They have many names: in Bavaria, they are known as people who have moved out or who have moved out. In Franconia they are called Küchle or Kiachla. In Austria they are called Bauernkrapfen. In the Tyrolean region, they are also known as Knieküchle or Kniekeulchen. They are also known as Rottnudel, Streubla or Fenschterkiachle. They are even known as donuts in the United States and Canada. What is meant is the same. These are lard pastries. This is baked at church fairs or during the carnival season. Depending on the region, the border is thicker or thinner. In the Upper Palatinate, the middle section should be so thin that you can read through the newspaper when you take off your clothes. Elsewhere the border is thicker.

In our family, the shape of the cake was a question of faith. While my grandmother preferred a thin inner part, my mother preferred a thick rim. As is so often the case, it is a matter of taste. It is important that the lard pastries are baked out in lard. Some also add vegetable fat. In any case, there must be enough fat in the deep fat fryer so that donuts can swim in it.

The dough balls shouldn't be too floury. Otherwise, the pulled out ones and donuts will be too hard. Rosi Lichtenegger from the farmer's donut grinder told us that Mühlviertel explained. It's best to eat kitchens when they're still warm. Then they taste the best.

Pulled out and donuts are easy to prepare. However, there are variations in the recipes depending on the region. Wikipedia suggests this recipe:

Ingredients for 64 pulled out and donuts

myTime.de - Groceries delivered to your doorstep for you!

Mix the yeast with 50 grams of sugar and 700 grams of wheat flour in 1 liter of milk. The milk should be lukewarm.
Cover and let the dough rise for about 15 minutes.

Then stir in the remaining sugar, eggs, butter, vanilla sugar, lemon juice, plum brandy, baking powder and a pinch of salt.
Knead in the flour until the dough comes off the bowl.
Let the dough rise for about 15 minutes, until the amount has doubled.

Completion for pulled out and donuts

Separate pieces of dough with a spatula and shape into balls. You should use a little flour so that the cake does not become firm.
Let the dough balls rise for 15 minutes, until they are about twice the size.
Pull out the balls in the middle. The dough must not tear. A dough rim should be created on the outside.
Heat the fat to around 180 ° C. If bubbles form on the handle of a wooden spoon, the fat is hot enough.

In it you deep-fry the drawn out donuts and donuts one after the other.
If the cake is placed in the fat, a dough dome forms in the middle.
If the farmer's donut is golden brown at the bottom, turn it with 2 wooden spoons. No fat should flow into the center so that it stays white.
When the back is golden brown, you can lift the cake out of the fat. Then let them drain on kitchen paper.
Then sprinkle them with powdered sugar. They taste best when they are still warm.

Farmer's donuts as well as donuts and donuts from the Mühlviertel

In the farmer's donut grinding shop in Tragwein, we learned that pulled out donuts and donuts do not only taste good with powdered sugar. The Hofcafé specializes in moving out. Serving farmer's donuts only with powdered sugar, however, is boring. The recipes that farmer Rosi Lichtenegger and her daughter Birgit Bauer develop are all the more resourceful. My mouth is already watering while reading the menu. There's the donut burger. The sharp one. The vegetarian. The hearty one. The classic and the donut toast.

Farmer's donut specialties can also be sweet. The simplest is the farmer's donut, which is served with a selection of jams. These are homemade. There's also the icy one. The spiritual. The berries. a donut variation and colorful Bambino donuts for children. Another new item on offer is “Der Vanillige”, an undressed one filled with Powidlmarmelade (plum jam) on vanilla sauce.

Book your accommodation near Freistadt here *

It's hard to decide, which of these delicacies to try. So we just order them all and share the variations. With a ginger and lime lemonade, this is a lunch, that we will remember for a long time.

You can try the donut variations in the

The best thing to do is to spend the night in Freistadt and the surrounding area and take a trip to the farmer's donut grinding shop.

Our tip: one Austria holiday In the Mühlviertel you can also take a trip to the Pen Schlägl combine.

Why do you eat farmer's donuts and Küchle at the church fair and at carnival time?

I remember it from my grandmother that she baked cakes and farmer's donuts every year for the church fair and during the carnival season. That was part of the year. But why? The explanation for this lies in the past.

In Franconia and in Old Bavaria, many traditions that arose in bad times have survived. Not all are related to food. There are church fair customs that have survived to this day for fun. When it comes to food, it's probably more about the taste. It is not always about lard pastries. duck or Roast goose with potato dumplings and red cabbage are still often held at church fairs in old Bavaria. In Franconia, on the other hand, people like to eat horseradish with dumplings. In some regions, a special “Kerwabier” (church beer) is still brewed to this day. In the afternoon, Kirchweih noodles are served with coffee. These are lard-baked yeast pastries with sugar. It is also known as Ausdrawne, Schtreubla, Pfannakung or Kiachla. The cakes with a thick rim and a thin interior are particularly common. The lard is also available in the form of donuts. These are usually filled with jam.

The story of why people eat farmer's donuts and undressed people at carnival time goes back to the Middle Ages. Around 1200, Wolfram von Eschenbach mentions the "vasnacht" in his work Parzival. This carnival season officially begins on November 11.11th. at 11:11 a.m. The next few weeks you celebrate and enjoy what the summer has delivered in terms of good food. The period between Epiphany on January 6th and Ash Wednesday is the time when people really celebrate again before the 40-day Lent begins on Ash Wednesday. Food and drink play a major role in this.

Even the names express it. The term "carnival" goes back to "carnis levamen". That means something like taking away meat. The word Fasching can also be associated with Lent. It comes from the word "vaschang". That means barrel in Middle High German. An allusion to the binges during the carnival season. The beer that was brewed in the days leading up to Ash Wednesday certainly also plays a role.

As early as the Middle Ages, "Schmotziger Thursday" was celebrated in the Catholic regions of Germany and Switzerland. This is the last Thursday before Ash Wednesday. Today people often speak of “dirty Thursday”. However, this day has nothing to do with dirt. The fat that accumulated when animals were slaughtered was called "schmotz". On this day this happened for the last time before the Easter holidays. The fat that accumulated during slaughter should not spoil during the fasting weeks. Therefore, before the beginning of the lean period, there was once more a feast of fatty foods. The lard was used to make pastries from flour, eggs and milk. These ingredients were forbidden along with meat during Lent. As early as the Middle Ages, these days were celebrated with lots of food and drink. Monasteries and administrations distributed donuts and food to the population. That should last for the next 40 days.

Even today it is customary to bake donuts and cakes during the carnival season. Fill it with all sorts of ingredients. Cream, chocolate, pudding, jam, fruit sauces or ice cream are just a few of them. In the farmer's donut grindery in the Mühlviertel we enjoyed them for the first time with a savory filling. There they are served like a burger filled with fried mince on a lettuce leaf and topped with cheese. You put shallots, bacon and cheese on top and bake them again in the oven. For vegetarians there is the vegetable version with ratatouille baked with vegetables and cheese. They are all delicious.

Source: On-site research. We would like to thank the Mühlviertel for the invitation. However, our opinion remains our own. 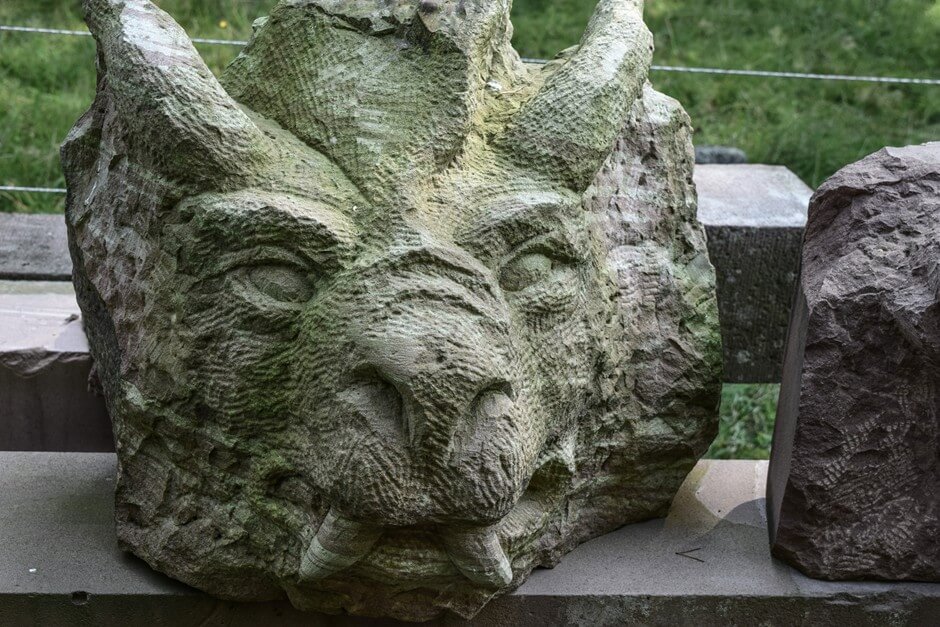 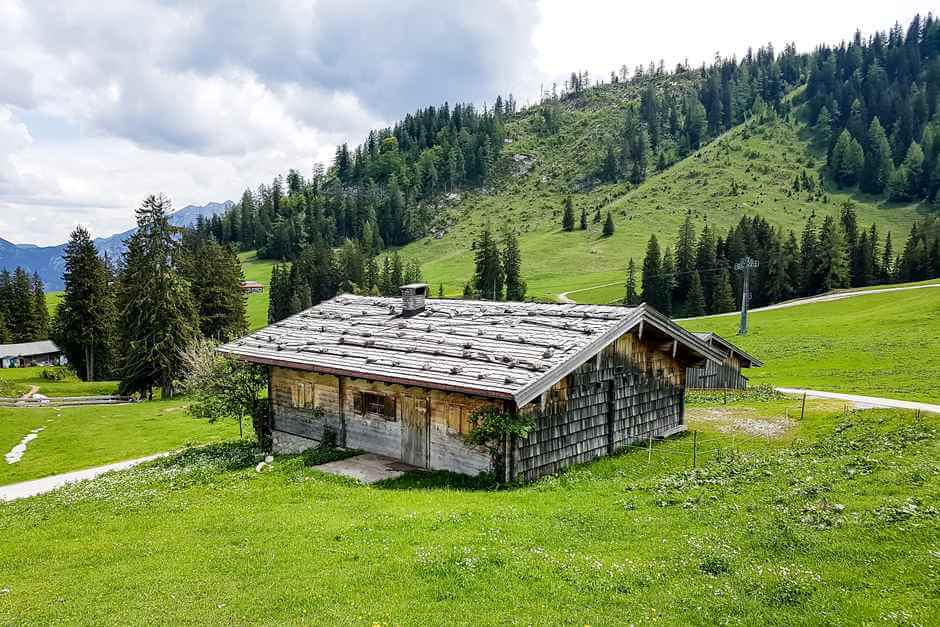