Stralsund Sights - Worth more than a Side Trip

We've been wondering for a long time which Stralsund sights are worth a visit. Admittedly, we always drove past Stralsund on our first visits to the Baltic Sea. But not without taking a look at the city with its three church towers. These tower above all other buildings in the city. There is a good view of the city from the bridge that connects the mainland with the island of Rügen. At Stralsund Beach you can relax in between. We saw Stralsund for the first time on our trip to Rügen shortly after reunification and again this spring when Rügen was on our itinerary for the second time our trip to Scandinavia.

Book your hotel in Stralsund here *

The island, the Baltic Sea and the surrounding area captivated us so much that we went there again this year - and this time we made sure, that Stralsund was on our itinerary. We wanted to spend a day there and stayed in the old town Hotel Scheelehof. Petar's video gives a good impression of this building from the Hanseatic period . The Scheelehof transported us back to the time, when Stralsund still was a hanseatic city was. The fact that Stralsund is a UNESCO World Heritage Site encouraged us in our decision to get a taste of the city ​​on the Baltic Sea.

A city on the Baltic Sea

Stralsund should not disappoint us! Already on the way to the city, which we reached via the Hafenstrasse, the transverse canal and the street at the Fischmarkt, she impressed us with views of the boats that lie in the Langenkanal and the transverse canal on the quay. However, we do not see the Stralsund beach from this point. This is a little further west. After our arrival from the south of Germany we had - finally! - reached the sea. As landlubbers from Bavaria, it is always something special for us to come to the sea that we both love so much.

What you need for a visit to Stralsund

The vastness, the salt smell of the sea, the fresh breeze, which almost always blows there, and the rough character of its landscapes lure us to take the journey from Munich on us, even if we - like this time in Caputh near Potsdam - interrupt with a stopover. When we finally drive into the old town over the cobblestones of the ferry road, I know: "This is the right place for us." Stralsund is a place whose center still lives from the charm of its past.

Since we only have half a day available and cannot see all the sights of the city at this time, we decide to get an overview of the city on Strelasund in Mecklenburg-Vorpommern. There is nothing more in the time. We stop briefly at the information center, which provides information on how and why Stralsund became a UNESCO World Heritage Site. There we learn that this has to do with its brick architecture - and this does not only mean the town hall with its facade and the three churches in brick Gothic dominating the cityscape -, its city map that has remained unchanged for centuries, its monasteries and its history as a Hanseatic city.

Reading material for a trip to Stralsund & the Baltic Sea

The World Heritage exhibition in the Olthofschen Palais in the Ossenreyerstraße 1 proves to be a good starting point to get some information about the city. We get suggestions, what we should not miss on our city stroll. Thus we set off to explore the city's three most striking brick buildings - the three churches - and the Old and New Markets. For the monasteries, the sea in front of the city and the museums we need to come back another time.

Stralsund Sights at the Old Market

At the Old Market, the town hall rises above all the houses on the square, only to be rivaled by the Nikolai church and its tower. It takes our breath away with its filigree brick facade, and I wonder how something as beautiful as this façade can be made with something as profane as bricks. At a time when technical tools were limited. Stralsund is located in a region, that was rich in clay, but poor in stones.

Therefore, the master builders of the Middle Ages resorted to what was available in the North German Plain. They made bricks from the clay. The clay was pressed into wooden molds, dried, burned, glazed and fired again, thus providing the building material for the churches and the town hall of the city. As in the days of the Hanseatic League, shops still offer their goods on the ground floor. Among them are delicacies from Rostock such as truffles and herbal chocolate, or specialties such as whiskey coffee, marzipan cream liqueur or baltic mud cream liqueur. The offers sound interesting. We decide, however, to continue our walk and visit St. Nikolai church.

The St. Nikolai Church on the Old Market is breathtaking - and colorful! Already above the side entrance to the Stralsund town hall I notice the colored figures of saints and the putti with gold hair, which announce above the entrance gate "There is nothing else than God's house, and here is the gate of heaven." Since this entrance is blocked and on it is pointed out that the church can only be entered via the entrance to the old market, we are looking for it. And we have to look for him. Because it is just an entrance, hidden in the corner of the old market.

We pay the fee required for the restoration of the church and enter a church as I have never seen one before. A firework of colors on the columns, the pointed arches, that separate the main part of the church from the side walls, the pulpit and the box guide the view upwards as usual in Gothic churches. This church is so breathtaking, that I wrote another blog post about it, to show you our impressions better. In any case, its grandeur makes us change our plans and skip our climb up the tower of St. Mary's Church in the afternoon. We spend more than one hour in St. Nikolai.

Only after tearing ourselves away from this Gothic masterpiece and after a short tea break at the Old Market, we make our way along the Ossenreyerstraße towards the Neuer Markt. On our way we pass the business street of Stralsund and catch a glimpse of St. Jakobi church through one of the side streets, which we plan to visit on our way back. The church of St. Mary with its spire awaits us at the Neuer Markt.

How Lightning changes a Church

As we learn later, the church tower was actually built later. In the year 1647, lightning destroyed the gothic spire. This was replaced in 1708 by the baroque hood, that adorns the tower to this day. Now St. Mary's Church is the tallest building on the Neuer Markt, whose colorful houses make it an inviting setting. The church itself impresses with its size. Its front, which is located in one of the side streets, is difficult to capture in a photo. The tower rises far into the sky above us. The porch of the church surprises, too. Bleak walls stretch across us, interrupted only by huge windows, through which the afternoon light falls. The hall is crowned by a cross arch vault.

The interior of St. Mary's Church looks rather simple after the color spectacle of St. Nikolai Church. Pointed arches with flower patterns rise upwards above white columns. The high altar and stained glass window behind provide some of the few splashes of color in this church. We very much like the Stellwagen organ of the Lübeck organ builder Friedrich Stellwagen dating back to the year 1659. The vaulted arches portray men and angels, probably saints.

We waived the ascent to the tower, because we wanted to have a look at the third church in Stralsund. Therefore, on our way back to the hotel we choose the way past St. Jakobi church, which calls itself a cultural church. We don't know, what it means at first. However, when we enter the church our first impression shocks us. Mountains of garbage - and I mean literally: plastic bottles, car tires, scrap metal, dirt and whatever else you can imagine - piling up in the nave.

Only after reading the signs, we learn that it is an exhibition about the pollution of the seas. A kind of protest. Only we are not quite decided about how to evaluate this exhibition: as an enlightenment or as a blasphemy. For days on end, we discuss the impression, that this church and the exhibition left on us. Thus, the organizers achieved one of their objectives. St. Jacobi Church and the exhibition about the pollution of the sea are one of the Stralsund sights we will remember.

Which Stralsund Museum is worthwhile?

Relax on the Stralsund beach

Even if the island of Rügen in Stralsund is practically on the doorstep, the city has its own Stralsund beach. This is on the Strelasund. This is a strait that ensures that the water on the beach is very calm. Another big advantage is that you won't find any deep water here. Therefore, the Stralsund beach is very suitable for a bathing day with children. You don't have to do without beautiful views. From Stralsund Strand you have a great view of the Rügen Bridge and the Nikolai Church. You can find detailed information about Stralsund beach at Beach inspector.

Stralsund is worth a Visit

On our way back to the Hotel Scheelehof, we already agreed: it was not our last stay in Stralsund. Next time we take more time to look at the monasteries, the museums, the Gorch Fock and of course the sea in front of the city and the Stralsund beach. And maybe there is still a little time left to introduce us to the culinary delights of the city and its surroundings? There is a lot to see and do in Stralsund. Reason enough to stay here longer.

Useful information for a trip to Stralsund

The nearest airport is in Rostock. From there you can continue with a rental car. The journey is also possible by train. Long-distance buses * also stop in Stralsund.

Hotels in Stralsund * You can book through our partner booking.com at this link. 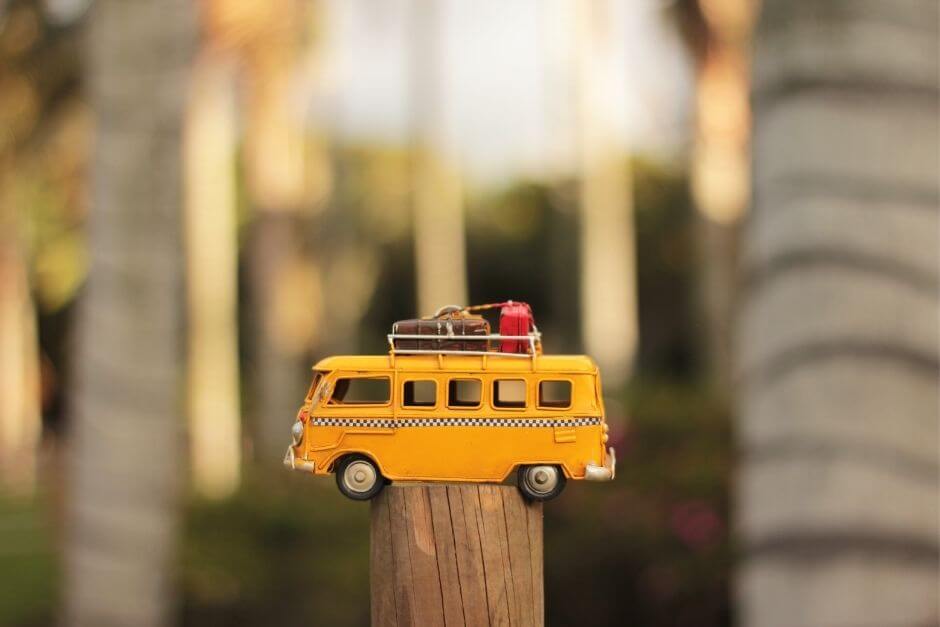