Inverness is a city in Scotland. As a Scottish city, Inverness is part of the United Kingdom. It is the only place in the Highlands that has the status of a "city". Inverness is a place with a long history. There is evidence of prehistoric settlement. In the 6th century one of the main Pictish castles was, where the Old High Church of Inverness now stands. In the 11th century Macbeth reigned in the castle. However, he did not do this quite as bloodthirsty as Shakespeare portrayed him. The area is also steeped in history. Not far from here, in Culloden, the last battle between Jacobites and English government troops took place in 1746. We want to discover the points of Interest & sights of Scotland from Inverness.

A real Scot accompanies us. Cameron knows the city well as he lives there. He also shows it to guests from all over the world. Apparently he's very well known in his town. Not only that people from the city constantly greet him and shake his hand. No, even overseas visitors get excited when they see him. "You are THE Cameron? Wow! I did not expect to see you in person,“ says one of his fans, who has apparently just arrived from the United States. No wonder! Cameron stands out. Because he proudly wears his kilt on this September morning when it is drizzling. A Scot as typical as he can be. Finding a better travel guide is difficult.

An Inverness Scotland vacation is Nessie and more

Inverness Scotland was the starting point of our journey to Loch Ness Scotland. The city is not only interesting because of the legends of Nessie. It is also the largest city in the Scottish Highlands and home to many Landmarks in Scotland. It is on the Moray Firth. This is a bay that extends from the North Sea inland. The River Ness flows into this. With average temperatures between 4 and 14 degrees Celsius all year round, the climate is warm and temperate. Snow is seldom here. However, rainfall is high, even during the driest month in April. You can tell from the vegetation. The almost 47.000 inhabitants of the city appreciate this. Visitors also like to use these conditions for trips to the region all year round.

A stroll through Inverness Scotland

We begin our tour of Inverness at

Inverness Castle is perched on a hill overlooking the River Ness. Today it houses the Sheriff's Court of Inverness. However, there are plans to open the castle to the public. So far, only the North Tower as a lookout tower and the parks are accessible. From here you have a good view of the river and the city.

The castle, as it stands today, was created in 1836. Before that, however, there were other castles and palaces that stood at this point from 1057. Malcolm III. built the first castle, after Macbeth killed his father Duncan I in a castle about a mile from here.

Mary Stuart and the Castle

The castle also played a role in the life of Mary Stuart, Queen of Scots. She visited the castle in the year 1562. However, she found the gates locked. This was done by order of George Gordon, the Fourth Earl of Huntly. Only when the clans of Munros and Frasers flocked to the queen, the tide turned. They besieged the castle and finally conquered it after three days. Mary spent four nights at the castle and then moved on with her train. Alexander Gordon, who had denied her access, was executed for treason.

From the castle our way leads past the Inverness Museum & Art Gallery to the High Street. The Town House, the city council, is on the corner of High St. and Castle Wynd.

We follow Church Street and come by Hootanany, a pub that plays live music in the evenings.

Book excursions in the area here*

We turn off to the cemetery at the

It is one of the churches in Inverness. It is remarkable because its pulpit is located between the two entrances to the church, not - as is usual - in the front part of the church building. In the church cemetery there are graves whose tombstones are damaged. These are the graves of people who committed some crime in their lifetime for which they were not held accountable. In Inverness Scotland they make sure that they do not find eternal rest.

What to Pack for a Scotland vacation?

At the back of the church we reach the shore of the River Ness. There the

or the Greig Street Bridge, how it is officially called, turns to the right. Its nickname is well picked. The closer we get to the center of the bridge, the more we feel the swinging of the bridge.

Book your hotel here * in Inverness

Our guide Cameron - a rascal - tells us the story of St. Columba, who is said to have been the only one to have seen the Loch Ness monster in 565. The monk, who came to the region from Ireland to convert the Picts, watched the monster try to devour one of them as he swam across the River Ness. He struck the sign of the cross and instructed the monster: "You will not move any further and you will not touch this man. Back off immediately.” The monster ostensibly obeyed and continued swimming into Loch Ness. "Who knows, maybe things are still going on there today - or something?" Says Cameron with a wink.

On the other bank of the river we turn left. We pass the Scottish Kiltmaker Visitor Center, where you can find out more about the craft of kiltmaking. From there our path leads to Strathness House. The Beatles stayed at this hotel in the early 60s. It is said that they wrote one of their songs here. Opposite is the

The cathedral was inaugurated in 1869. It was built at the instigation of Bishop Robert Eden and was built according to plans by Alexander Ross. Worth seeing is the church interior, which impresses visitors with its light effects. The Episcopal Church offers services. Several times a year they take place in Gaelic. Since 2017, the Scottish Episcopal Church offers ecclesial marriage to homosexuals.

Our way leads us back to Ness Bridge, where we reach the city center. In time for a lunch break in

a pub restaurant where we enjoy our lunch: pork belly on pumpkin puree in a red wine sauce. This strengthens us for exploring Loch Ness in Scotland and Urquart Castle and the area around Inverness. If you want to know more about Scottish food and drink, you can find a blog post about it here.

Book your bed and breakfast here *

The city would not be in Scotland if it weren't for a stone circle nearby. This one is even one that made it into the novel "Outlander" by Diana Gabaldon. It achieved film fame in the movie adaptation of the novel. The stone circle of Inverness with the split stone is about 20 kilometers outside the city and is signposted. From Inverness you can take a tour of the locations of the Highland saga. Reiseziele.ch shows you where you can explore the region in the footsteps of Jamie and Claire. If you want to read the story of Jamie and Claire, you will find them in the Outlander saga by Diana Gabaldon*. Information about stone circles in Scotland and near Inverness can be found here.

Inverness is on the edge of the Scottish Highlands. This makes it a good starting point for excursions in the region.

Sights in the Scotland Highlands

Arrival by plane, bus or train*. Inverness has its own airport. However, there are currently no direct flights from Germany. Flights to Scotland Inverness from Germany require a stopover. We travelled with KLM from Munich to Scotland via Amsterdam. Flights are also possible from Frankfurt or Berlin with a stopover.

There are several campsites in the Inverness area. One of them is Bunchrew Caravan Park Ltd., Bunchrew, Inverness IV3 8TD. Find everything you need for motorhome trips here. Rent motorhomes here. With our Motorhome packing list you never forget anything again. Or would you prefer to stay overnight in a roof tent on the car? Also the overnight stay in a camping tent is possible. Scotland and the Highlands are particularly suitable for motorhome holidays in nature.

You can order a travel guide for Scotland * at Amazon.

Find information about current events in Inverness on this website.

You can get local information for your Inverness Scotland vacation at

How many inhabitants does Scotland have?

Scotland has almost 5,5 million inhabitants (as of 2019). lnverness had a population of 2012 in 46.870, making it the largest city in the Scottish Highlands.

What is special about Inverness?

Inverness is on the edge of the Highlands on the River Ness. The city is surrounded by beautiful landscapes. There are numerous palaces and castles in the vicinity that are worth seeing. Loch Ness is not far from Inverness. Therefore, the city is an ideal starting point for excursions in the area and in the Highlands.

Is Inverness worth the trip?

Inverness has its own airport, so getting here is easy. Not only the city offers sights. Above all, the surrounding area of ​​Inverness is worthwhile for excursions to Loch Ness, to the Highlands, to the Culloden Battlefield, to Cawdor Castle, Elgin or Fort George.

Source for the article Inverness Scotland vacation: own research on site.

More cities in Scotland for Slow Travel Scotland Travel you can find under these links. Discover Attractions here.

We would like to thank Visit Great Britain and Visit Inverness Loch Ness for inviting us to this Inverness Scotland holiday. Inverness Tourist Information has assisted us in our search for places to visit in and around Inverness. However, our opinion remains our own. 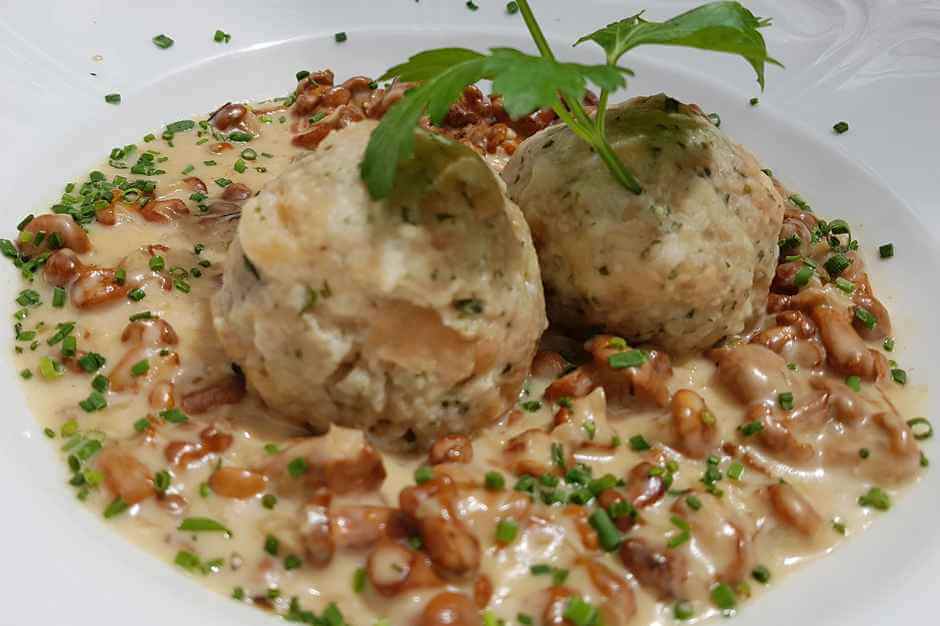 22 thoughts too "Things to do in Inverness Scotland"